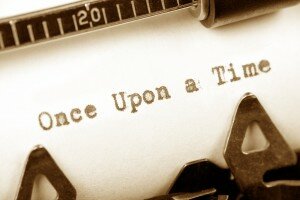 Crafting an exciting, coherent story is something very important to me for Blockade. I honestly believe the game can stand on its own without such a feature, but I think the game lends itself to scenario gameplay and therefore, why not try to craft a story? It’s a creative challenge I wish to undertake and a way to differentiate my offering.

RPG gamers will giggle and scoff at my efforts as they’ve been embracing story for decades. But, it’s still not a terribly common feature for many board games. The games I’ve played that incorporate story heavily are:

All of them do so in a very different way, so before we move forward, I’m going to succinctly break them down. 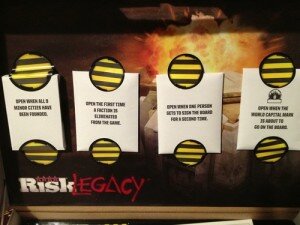 Risk Legacy’s story is built entirely by the players. The designer brilliantly crafted plot points, laid the foundation, then put it on the players to enjoy it and experience it. YOU are the characters and villains. In the game, when specified events take place, you crack open envelopes that permanently change the world and introduce new mechanics and scenarios. Little fiction is presented in the traditional sense, but it wholeheartedly embraces the notion that the game is an interactive experience and instead of telling you the story, you are the story.

Mice and Mystics is probably the most traditional example of game storytelling out of these three. You control characters who are a part of the story and move through a predetermined narrative path. Now, being great designers, Plaid Hat fills the story with opportunities for variance. You’ll fight different enemies, the dice will cause you to fail dramatically or succeed decisively. You’ll alter the makeup of your adventuring party. My favorite, is that you’ll have epic boss fights, like the appearance of Brodie the cat, or be given side-path opportunities within the mission.

You can see the score sheets and mission trees for Memoir.

Memoir ’44 is an interesting hybrid of pre-determined narrative structure and mechanical variance. The game is historically based, but the historical scenarios could be swapped with the fictional stories of Mice and Mystics. Where Memoir is most interesting is that, like Risk, there is persistence between your missions. Mice and Mystics is largely binary: you move forward or you don’t. In Memoir, your performance will dictate the next scenario in how many extra units you can bring forth, as well as your need to gain more points (play riskily and aggressively) or play it slowly (more conservatively).

For Blockade, I seek to merge a bit of a mix of Mice and Mystics’ narrative style and optional objectives with Memoir’s streamlined, persistent progression. As much as I love Risk, I want to be a bit more heavy handed with my narrative AND avoid the “one time use” component issue (which didn’t bother me as a consumer, for what it’s worth).

Here are the details and style choices I’m working with so far. 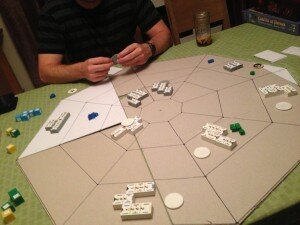 I previously sought to create an incredibly open, varied, choose your own adventure style campaign. Unfortunately, this just wasn’t very feasible for a variety of reasons. I wrote the first three missions, which I’ll now edit and modify to work with the new direction. If you want to read them, with the understanding they are works in progress, feel free to do so here!