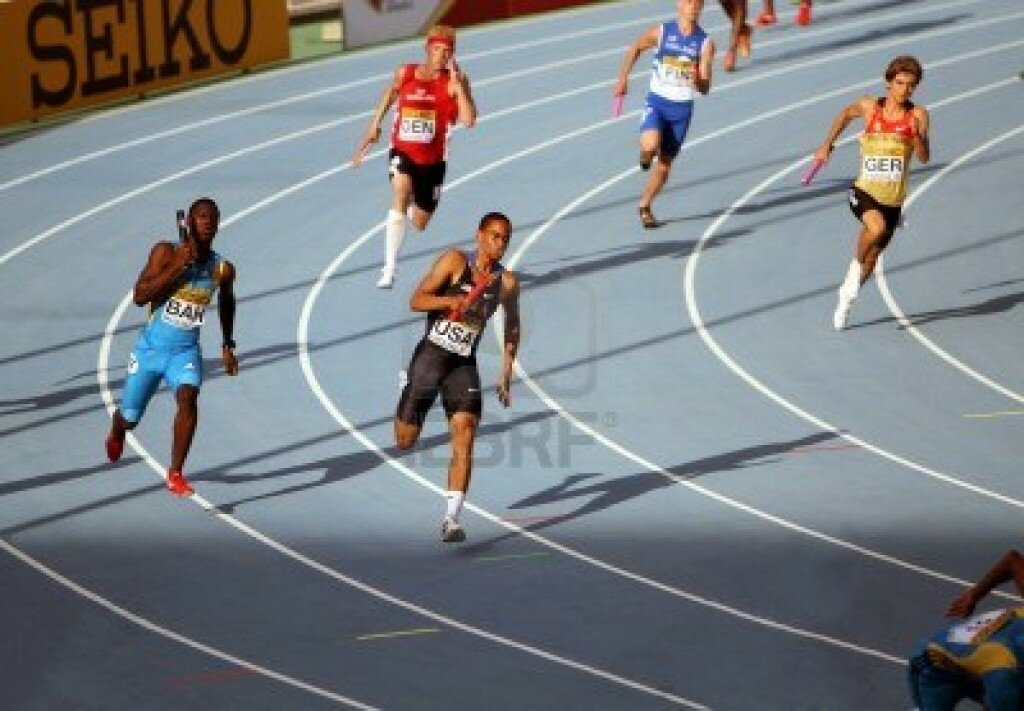 To this, I answered yes. Free topic? Oh yeah. He then asked:

Interesting. This isn’t something I’ve explicitly thought about much, but it’s something I imagine I incorporate quite a bit into my designs. Let’s get into it, shall we?

What is a Catch Up Mechanic?

A catch up mechanic is something that exists in the game in order to keep things close and tight until the very end. It’s also referred to rubber-banding as someone can get stretched way far back, then slung forward to the front.

One of the most obvious examples of this can be seen in Mario Kart, the video game. Often, the player in the lead will get weak power ups when in first place. However, the player in last place will tend to get ridiculously powerful abilities. As a result, if you’re in 1st, you need to be good to stay there. This levels the playing field when unevenly skilled players are at it, adds a layer of strategy when advanced players are at it, and frustrates whiners.

To summarize, the catch up mechanic exists to keep one player from sprinting ahead early and staying there. After all, if everyone knows who is going to win 15 minutes into the game, the next 45 minutes (or more) won’t be fun for anyone.

In general, a catch up mechanic will be very frustrating for players more interested in player skill and serious competition when playing. It’ll generally make them feel as if their good play was useless as a bad player can simply catch back up by merely failing the most.

A few simple examples of relatively simple, light catch up mechanics in games include:

I generally don’t think to add catch up mechanics to my games. But, I do generally design for close games that come down until the very end before it’s decided. Typically, I do this by limiting player resources and actions. It doesn’t matter how far ahead you are, if you only have so many actions, you can only accomplish so much.

For example, in Farmageddon, players can only play a maximum of 2 Action cards. This means everyone has an equal shake to upset the game. Furthermore, players who get an early start with big crop harvests (Wary Squash is worth $15) often spend a lot of resources to do so. Foreclosure consumes 1-2 crop cards just to use, Crop Rotation costs 1 Crop to use, Foul Manure often costs 2 crops to use, and Wary Squash requires 4 crops to harvest. That means Bob might be way ahead, but he’s also out of gas. I’ve seen players go 3 full rounds without planting anything in Farmageddon come out on top. Every turn matters until the very end.

I limit players in York similarly. For example, all players have a maximum of 15 Units and only a few actions with which to move them. Sure, you can spread thin to hold more territory, but you’ll be an easy target for wolfish opponents. All combat results in attrition, so even if a player wins a battle, he’ll likely need to slow down to replenish Units before returning to the offensive. Finally, there are only 2 scoring rounds, which are spread apart. You may get ahead early, but you’ll need to continue for 3 more rounds before scoring again. A great deal can happen in that time.

Often, when I play a game that feels like a foregone conclusion for much of the experience, I don’t feel it’s in need of a catch up mechanic, but often a little more balance in its core.

Action cards are often a good way to keep everyone in the game, especially powerful, decisive ones. In Forbidden Desert, players gain really powerful cards that essentially multiply the effectiveness of typical actions, but in a very limited sense. If used properly, these help keep the players in the game without removing a challenge.

Another example are the ship/water movement cards in the Birth of America series, specifically 1812: Invasion of Canada and 1775: Rebellion. One side may be dominating a particular area, making it nigh impenetrable by land. Except, the other side will use a warship to ferry an army around your lines to disturb the stalemate. Was it fair? Sure, you knew they had it and that they could use it. You have them too! But, is it a catch up mechanic per se? No. It just keeps the game interesting and eliminates the runaway leader problem.

Having multiple resources is often a good way to keep the race fair. For example, in Settlers of Catan, players will have good resources for 1 or 2 of the resources, but not all of them. This forces trade or expensive dock trade-ins. A player rich in wood will only be rich for so long. In order to build things, she’ll need to part with it in trade.

Another simple way is to use resources to gain resources. Sure, I have a pile of gold. If you force me to spend it to acquire other things, that’ll cap my lead somewhat. This is largely based on tuning, but if you force a constant amount of inputs, nobody can get too far ahead.

It also may be the case that your game simply doesn’t need a catch up mechanic. If the game is short enough, or the information regarding scoring is hidden, you may not need such a mechanic. Often times, the perception of being in the game is just as viable as actually being in the game. In Modern Art, nobody knows how much money everyone else has. Plus, there are so many ways to win that game. I’ve played many times and revealed at the end thinking I was a competitor, only to find I was hundreds of dollars from the winning slot. Did I mind? No, because I had fun the entire time.

Some easy tricks to keep things fair are to change turn order or give very slight bonuses. You can also implement bigger, lower level changes like introducing hidden scoring or allowing for dynamic action cards.

At the end of the day, really think about how players will win the game and what is required of them. Focus on mechanics that keep your players engaged for the duration and limit everyone so that no one player can keep dominating everyone unless you want that.

Ultimately, if you feel your game needs a catch up mechanic, look deeper than the symptoms to find the root case. You may not be in need of a band-aid addition, but a more fundamental change to improve the game.

How did I do, Doug? And everyone else? If you have any good examples of catch up mechanics, share them. If you know of some bad ones, share those too. Chime in!