2013 is near its end and I wanted to write about some of my favorite games and publishers of the year. According to my Board Game Geek plays, which I update regularly, I played just shy of 400 games. I have no doubt others can trounce that number, but considering the average length of games I play is about an hour, that means I spent, on average, about an hour per day playing games. That’s pretty cool!

One thing to note is that I’m not really holding myself to the calendar year of 2013 for my selections, as you’ll soon find. My opinions are based on the best games I played in 2013, regardless of when released.

My Favorite Game of 2013: Mice and Mystics

I reviewed Mice and Mystics earlier this year, so you shouldn’t be terribly surprised that I enjoy the game. This game was released in the final weeks of 2012, so the fact that 12 of my 14 plays were in 2013 shouldn’t be shocking. I’ve now finished all but the final 2 chapters of the first storybook, which means I’m only 2 chapters from experiencing the glorious expansion I’ve already purchased.

Mice and Mystics is not so much a revelation in mechanics, but as a package, it is near unrivaled. The components are outstanding! Gorgeous, detailed miniature sculpts. Gobs of artwork from John Ariosa, a personal favorite. Tons of tokens, custom dice, and big, beautiful location mats. Then you factor in the delightfully whimsical fairy tale and lightweight cooperative action and you just have a treat.

I was so excited every time I brought this game to the table and I look forward to playing it for years to come. This is such a special game from the great team at Plaid Hat. Great job guys, especially you, Jerry.

This game is ridiculously stupid, laugh out loud funny, and armpit stains intense. Two teams of up to 8 people total square off in one of my favorite Star Trek parodies of all time. Every player mans a station on the ship, such as the helm, weapons, sensors, or shields. Your station comes with a set of custom dice that, when rolled properly, can be assigned for bonuses or to execute actions. Like moving the ship, or shielding your left side.

Problem is, you can only roll if engineering “activates” your dice to roll. The game quickly turns into shouts of  “dear god give me a 4!” and “shiiiiEEEEEELLLLLLDSSSSS!” Both teams are doing this, by the way.

The game is entirely in real time EXCEPT when someone shouts “FIRE.” Then, you evaluate to see if they were successful or not. The game plays in 30 minutes or less and I’ve never not played two games in a sitting. Everyone always says “one more!” in between breaths immediately following the destruction of their ship.

GenCon 2013 was a great deal of fun. I know more people than ever in the board game space and GenCon is a great way to meet them all. My good friend Cole and I took Ignacy up on his offer to teach us Robinson Crusoe after hours. Me, Cole, and a lad named Mike sat down while Ignacy took on the role of teaching and overseeing the game.

Robinson is a very difficult game, but also a dark one. Bad things happen to you and they aren’t just boo boos. At times, the disaster is just a continuing series of waves. You know your doom is imminent, but you don’t quite know what the final straw will be. Like survivors starving on a deserted island, Cole and I more or less went mad and couldn’t stop laughing.

We finally lost it when the bodies of our shipmates washed ashore, which further damaged morale. Or was it when Cole suffered a head injury from a spider? It doesn’t matter, really. Between the game being brutally, hilariously hard, and Ignacy’s dry sense of humor (and Polish accent), we laughed heartily and I knew I had to buy the game (which I did).

I reviewed the game here. I bought this game purely because I loved the art style, but was happy to find it’s a very compelling, interactive euro experience. The drafting mechanic is well-implemented, but it’s the incredibly tense area control mechanic that really won my group over. Just when you think you own a district, an opponent plops down an unexpected tile to completely re-wire the city.

The graphic design is also top notch and really helps teach this game that can be a bit kooky to learn. This is a great lunch game and I think it’ll be the one I bring in this week. Thanks for reminding me, Grant.

Note: I would have nominated The Speicherstadt, but it won last year, so I’ll let it rest. For now.

Note Note: We don’t play that many euros, nor do we play really hefty ones, so you shouldn’t be surprised that we didn’t pick something like, say, Terra Mystica.

Games I Desperately need to play more of in 2014

I define my favorite publishers as folks who consistently make games I love. These are games that I really want to play and have beautiful aesthetic qualities. Furthermore, the publishers act in ways I greatly respect. When I play the game of “What would I be like as a publisher?” these are the folks I’d try to emulate. These three publishers really scratch an itch for me and teach me things about the industry.

One thing I noticed about all three is that all of them are very designer-driven companies. In fact, the head of each company has had a big hand in the company’s biggest games, if not designed them outright. Another thing is that I’ve met the owner for each of these companies. That may be a factor of my fondness for them.

Here they are in no particular order.

Plaid Hat Games: Plaid Hat publishes some of my favorite games (Mice and Mystics, Summoner Wars), hosts a weekly podcast that is actually quite informative if you pay attention and piece the details together, and are all around great guys. My other favorite thing is that they are open with their community, bust their butts to improve constantly, and in my opinion, do things right. As a final tidbit, they introduced me to John Ariosa, who is one of my favorite illustrators.

I recently received City of Remnants (rules read, unplayed) and can. not. wait. until Seafall arrives. I love watching Plaid Hat succeed and can’t wait to see where they go next. 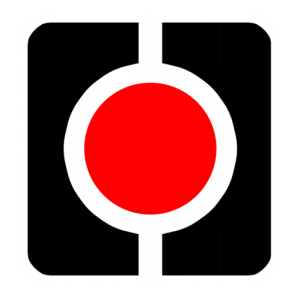 Portal Games: Portal is a company I’ve been aware of for some time, but haven’t played many of their games. I played Neuroshima Hex extensively on the iPhone a few years ago and really enjoyed it. But, this year I really dove in, starting with the excellent Robinson Crusoe. Then, I took a chance on the company’s Essen pre-order and bought everything on offer. Guess what? Legacy, Theseus, and Voyage of the Beagle are all excellent.

It’s not just the games, though. Ignacy is ridiculously responsive and frank on BGG. If you have a question, post, and he’ll be there immediately. You can also read his blog, filled with hilarious, informative, and brutal entries about development and publishing.

He recently announced his game based on the popular The Witcher IP is going to print. After playing his other titles I was so interested I read the book (it’s good) and now really want the game. Ignacy tries to create games that tell stories and I’ll continue watching him in 2014 to see what new stories he’ll bring to my table.

Academy Games: These guys take historical premises that are typically mired in 6 hour, overly complex simulations and distill them into games you can learn, play, and love. 1775: Rebellion is this year’s excellent example, much like 1812: The Invasion of Canada, or the Conflict of Heroes series.

I met Uwe Eickert and his son Gunter at GenCon 2012 and again in 2013. Both times they’ve played my prototypes and provided me with invaluable feedback. These are great, friendly guys with much to teach and share. If you find an opportunity to demo with Uwe, do so. The man’s a character and loves games. He’ll also give you outstanding, frank opinions on your designs if he has the time to play them.

Every Academy Games release tempts me. I’m curious to see what 2014 brings.

What are some of your favorites? Share below in the comments!

One thought on “My Personal Favorites of 2013”