Sol Rising is about to enter the development phase with my publisher, Victory Point Games. They had a few existing obligations, such as their recently concluded Kickstarter for I Say, Holmes, and other games already in development. But, I’m happy to wait and I am SO thrilled to have the additional help and professional eyes on the project.

One of the first elements we’ve begun discussing are the components. Where to use tokens versus cards? How to maximize the efficiency of our token sheets and allow for enough space on the board. One thing we’ve discussed to reduce crowding is to make environmental effects like asteroids flat card stock pieces and Units thicker punch board that goes on top of it. Basically, make these flat pieces extensions of the board. This gives us the visual effect without requiring a massive board filled with bulky pieces.

The other cool development is the challenge from the publisher to create a proper 3-4 player mode. This has come to light in a few ways, some simpler than others.

Now, all, some, or none of this might make it into the final version of the game. I want to be clear that in development, things can change. The good news is, this is a priority for VPG and me and we’re taking it very seriously.

So, what does it mean to craft a campaign that works with 4 players instead of 2? My immediate thought was to simply add more units. Just make every fight bigger. But, that seemed really boring. Players already have big fights in the 2 player campaign. The last 3 Missions are already large fleet battles that don’t need modifications to support 4 players. Teams just divide up ownership, like they would in a big game of X-Wing, and go at it.

We return to the question. How do we make a campaign that is unique and interesting for 4 players? The answer was staring at me from the 2 player campaign. One of my goals for the campaign was to make it highly replayable and make every scenario unique for both players. In most missions, opposing players have divergent objectives. One might want to capture something, whereas the other is simultaneously trying to escort ships to safety. One is on a mission of destruction, whereas the other is trying to bide their time for reinforcements. Each player had a unique perspective and outlook on the mission.

Therefore, the task was simple, at least in thought: give each player in the mission, all 4, a unique perspective. Give every player something special. The hope, then, is that each player has a lot of replayability. “Ooo! I really want to be in command of the landing force next time.” Or, “Playing as the station commander looked interesting.”

There’s a rabbit hole of complexity I can chase, but I think if I frame it from the outset, give myself a box with limits, it’ll lead to faster development and stronger, simpler choices. 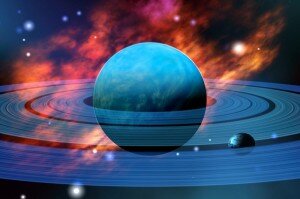 Fictionally, this will be a separate story that takes place after the events of the campaign in the Jovian belts. At the end of that campaign, the Martian squadron in Neptune departs to reinforce the Jovian fleet, which has left Neptune exposed. Not so much to Terran forces, but to the pirate fleets that raid planets in the outer rim. Unlike Mars and Terra, Neptune doesn’t have an official navy per se, but a police force. I’m introduce Fleet Marshal Georgia Ark, who has been tasked to use her limited resources to track down the pirates and put a stop to them. In the absence of Martian fire power, and with the knowledge that they won’t return soon, the pirates have grown more aggressive, violent, and greedy.

Within this fiction, I see some opportunities:

The initial process here will be lengthy. It will take time to get the first one right, then the second one as I incorporate new persistent elements and mechanics. But, I imagine like with the first campaign, once I pin down the formula and the system, it’s just a matter of work. Write it, script it, test it.

What about this setting excites you? What would you like to see? Your ability to evolve Sol Rising is quite high at this point! We’d love to know what you think.

As you were, Fleet Marshal.