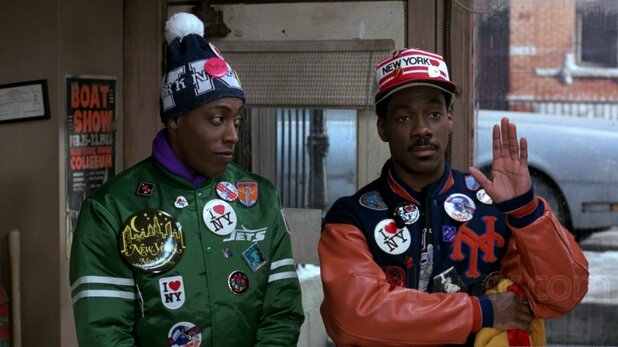 I have returned! For those who didn’t know, or didn’t care, I left the states on November 14 to visit Chiangmai and Phuket, Thailand, as well as Hanoi, Ho Chi Minh City (Saigon) and Haolong Bay, Vietnam. It was a really neat and long trip. If you follow me on Twitter you’ve doubtlessly seen dozens of the photos I posted. I mentally wrote a piece on the trip that wasn’t your typical “oh my god this was amazing and so was this,” but I’m not sure it’s right for this blog, or interesting to anyone.  If you have questions or comments on the places visited, don’t hesitate to ask!

Now that I’m back it’s time to get down to business. I didn’t accomplish much in the way of actual work I can point towards on the trip, but I spent a great deal of time thinking. I have some neat ideas to work on and the way forward for current projects is more clear. This is what’s on my plate in approximate order of priority.

Mars Rising: The task at hand is to finish the beta version of Mars Rising.

Immediately before I left I shared a PNP for Mars Rising. I received a few rules notes from Phil Kilcrease (publisher of Farmageddon), some interest and downloads from others, and most surprisingly, an email from one of the writers of The Expanse trilogy of sci fi novels. I wrote about these books in this post.

At the bottom of the rules for Mars Rising I gave special thanks to the authors of various novels, including The Expanse trilogy, for inspiring the game so much. Someone told the author and he emailed me. I was in Asia and he was in Australia, but I’ve offered to send him a copy of the game. If he never even responds to that email I’ll still be a little giddy. The Expanse trilogy is one of my favorite sets of books of all time, so hearing from the author in any capacity is quite cool.

What’s left for Mars? In the (expected) absence of PNP test data, I’m going to move forward with finishing the campaign. 4 missions are finished and I have the rest of them outlined as far as the story is concerned, which includes general scene and setup. This will inform the mission’s unique rules and mechanics. I’m shooting for about 13 total missions, though Mission 12 will have two variants based on the events in prior missions. Basically, 12A and 12B.

My ambitious goal is to finish this before the end of the year. But, I think it’ll seep somewhat into 2014. The work that’s left is very time consuming and slow. For every mission I need to write the narrative, define the ships used (for both sides) and their starting positions, define the mission goals and bonus objectives, and define any unique rules. These range from new behaviors to ships, to shifting asteroids, to entirely new mechanics, like cloaking or capturing ships. It’s fun work, but it’s not fast.

Classic Design Contest Judging: I received 11 entries for my Game Classic Remix design contest. Such participation is quite cool and about 10 more than I expected. I put this on the back burner, because I’m desperately trying to finish Mars Rising and I crunched on Flipped for a bit to get it ready (more on that shortly). My plan moving forward is thus:

This is a fairly time consuming effort and it’s a good eye opener to why it sometimes takes publishers so long to review submissions. I’ll get to it!

Poor Abby for Dice: The publisher Dice Hate Me Games is hosting a game design challenge. The premise, essentially, is to design a game that uses (up to) 54 cards, and that’s it. I really like the simplicity of the challenge and I spent much of my vacation pondering ideas.

What emerged was a pretty neat smattering of ideas for a 2-4 player Poor Abby Farnsworth. In case that means nothing to you, Poor Abby was a game I worked on for quite a while and killed. It was a 2 player deckbuilding game themed around the Salem Witch Trials, with Poor Abby being the witch. This new idea isn’t a deckbuilder at all and really has nothing to do with the previous iterations, theme aside.

The deadline is fast approaching and I have other priorities. But, I think this can be simple enough that I can design something, build it, and test it a few times. More than anything I like the exercise of it. Dice Hate Me’s involvement is more useful to me as a deadline. If I can get it ready, I will. If not, I’ll pursue it on my own as a simple Drive Thru Cards or The Game Crafter product.

Draftaria: A while ago I prototyped Drafty Dungeon for my Skillshare class. I liked it, but didn’t, so I let it stew for a bit. Then, I expanded the scope of it, renaming it (placeholder name, of course) to Draftaria. More Zelda/Skyrim, less Diablo. I’ve been working on the design for a while now and have begun building the game.

The game is still a very simple drafting game, but my hope for it is now more thematic than mechanical. I’m really interested in creating a beautiful, exciting adventure game. A game in which you create and explore a world and accomplish great things.

Unlike many Ameritrash games of this type, I’m seeking extreme elegance in its mechanics and simplicity in the cards. Players will simply select a card and roll some dice on their turns. I intend to limit most of the rules to the cards, so players spend more time playing, less time referencing. I want it to be a game about creating stories, but not a storytelling game. The stories will be driven by your choices and experience. This isn’t Pathfinder, for example.

I’ve pitched this game to many friends and there’s been a great deal of excitement for the ideas and mechanics I have. This will be a slow burn to build, but I think it’ll be something special. Maybe a good Game Crafter candidate?

Flipped and York: Both of these games are submitted to publishers. I don’t know much about either, so I’m sitting as patiently as I can (other designers know how this goes) and trying to remain optimistic. If Flipped gets rejected, it’ll be pretty easy to pick her back up and just keep iterating and refining. I’d be focused on ways to add more uniqueness, make it more accessible, smoother, and more balanced.

York will be harder to pick back up. I have some great art commissioned by John Ariosa that I want to use. I don’t think I am happy enough with the current iteration to sell it to anyone. Too many second guessing. I have some ways I’d like to iterate it, most likely as a two player experience. If this gets rejected, I’ll bring it back under my wings and design/develop it more. It’ll be ready when it’s ready.

This is difficult, as there isn’t a lot of fertile, virgin land. People have made countless war games about the countless wars of our history. Therefore, I’ve tried to approach it from a different angle. I have, what I consider, two good ideas. One is based in the American Civil War. I don’t want to talk about it in specifics (something I’m trying to be better about), but the premise is generalship and managing an army. I’m using some key verbs there. This isn’t a game of command and tactics, but logistics and politics.

The second game is one of spycraft and deception during the Second World War. I’ve thought on its mechanics for a while and like where my mind is wandering.

Both of these will be bigger games for big players. They’ll need a lot of work and will take time. I’ll be toiling with them quietly for some time.

That’s it. What are you up to? Anything fun happen while I was away? Wifi is fairly prevalent throughout the world, so I was able to keep up with Twitter and such before bed most nights. Share any comments below!

I have so much on my plate right now and it’s really an exciting time for my designs. I like being busy as it focuses me. GenCon 2013 was a really good refresher. I have two games being considered by really great publishers and I think a few years worth of networking is really starting to pay off. The key is, though, to make sure I’m designing games that take advantage of those relationships.

If you read this blog, you know I have a lot of ideas that I throw out and abandon, though really, these are ideas I just re-factor, re-purpose, or return to in the future. You must strike while the iron’s hot and tackle the things your mind is churning towards.

What are you working on? Anything fun? Did your priorities change as a result of GenCon? #6 on my list would probably be #2 if GenCon hadn’t gone through. #3 and #4 might not exist at all, either.

In case you want to meet up next week, I thought I’d quickly outline my public schedule. In general, email and Twitter are great ways to get a hold of me. Or, look for the tall, lanky guy wearing a fedora. I’ll be the short, chubby guy next to him.

My #1 goal for GenCon 2013 is to find a publishing partner for Battle for York. If I found a home for York, then immediately following this AJ sucker punched me using his formerly professional baseball player arm, I’d still see the week as a net positive.

I will have Battle for York, Blockade, and Farmageddon: Livestocked and Loaded with me. I’ll also have a pile of cards with which I’ll be diddling with Drafty Dungeon or Norcal when I’m bored. So, what I mean to say is, these last two won’t make any progress.

Wednesday: I arrive in the evening. First step will be to dump stuff at the hotel, then get my badge from the GM will call booth.Then, I have a meeting. Once that is done, I’ll probably be hanging out with pals.

4 pm – 5 pm Participating in the First Time Game Deisgner’s Workshop in the Embassy Suites with Chevee Dodd, some others, and the Building the Game Podcast folks.

I have a few meetings in the afternoon.

Nothing planned, unless Wednesday night doesn’t quite line up.

If you’re interested in seeing Blockade or York played as a publisher, consumer, or just want to watch me test, please feel free to swing by my FEPH sessions. I’m confident in the products and will be happy to let you watch random people play them. Last year my friends would swing by to heckle me, so don’t worry about imposing.

See you next week!