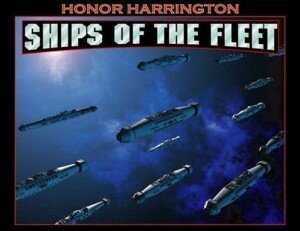 I’ve been working on Blockade very diligently for the past month or so. Really, the only breaks I’ve taken on its development were due to finalizing the assets for Battle for York. I am very excited about Blockade, its progress, and the future of the game. I have big plans for it.

In an effort to not dilute the waters too much, I’ve tried to write about Blockade more sparingly than past games. If you follow me on Twitter, you probably have an inkling of what’s happening. This post is going to go into great detail on the Component Iteration, Maneuver Iteration, Special Action iteration, and other fun stuff (like the rules and stories!)

Please give it a look, tell me what you think, and ask any questions! If you ever have a question about one of my games or anything, don’t hesitate to hit me up on Twitter or email me.

In April I wrote about my current inspirations, namely, more toy-like, tactile experiences. Blockade began as a card game, but evolved into a game based around cool, awesome blocks. The blocks are fun to look at, fun to hold, and they are immediately exciting. People want to interact with them. In that sense, the toy-like drive has been a good one.

I’ve evolved the blocks to make the experience awesome. All information is on the blocks, easy to read, with no fiddly rules hanging around. Here are some of the changes and current thoughts: 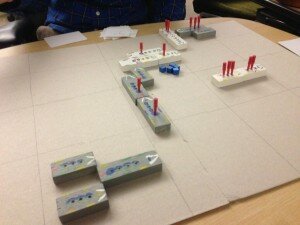 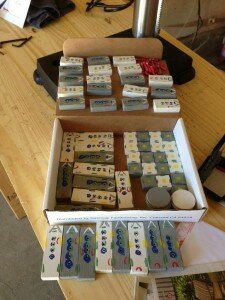 ALL the pieces for Blockade last week.

Let’s talk about the board. For the longest time, the board has been a simple 4×5 grid comprised of squares. You can see it in the image above. I had a few problems with this:

While thinking about these things, I had an idea: why not a circle? You could cruise forever on the outside edge of a circle. And, with a circle, you could exit one side and emerge through the other. There was the issue of the center, which was originally a set of pie-like triangles. This added some confusion, so I simplified this to a circle as well with one rule change. When building this, I realized I didn’t have a protractor to make a nice smooth curve. So, I used a ruler to use all straight lines. I think it works out better this way. 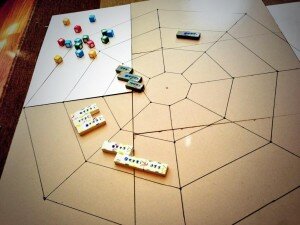 New game board and custom dice.

This is the new board with some blocks on it and dice for scale. Instead of squares, you now have four sided shapes (I looked up the name but already forgot it). In the center, you can hit all sides, but are also vulnerable from all sides. The goal is to create a 3D-like environment with a flat, 2D board. I’m VERY excited about this.

Finally, I’ve shifted from pipped d6 dice to custom dice. The dice now have 3 facings: Miss (previously pips 1-2), Hit (previously pips 3-5), and a Direct Hit (previously pip 6). Now, there is no memory. It’s simpler and more binary: you hit or you didn’t hit. Some cards reference Direct Hits, otherwise, they are just hits. Custom dice are also much more fun and exciting than regular dice. You can see the new dice in the corner of the picture immediately above.

My dice mechanic and formation mechanics have worked more or less from the beginning. I’ve found simple good ideas are much easier to make fun than complex good ideas! Other than continued tuning regarding guns and weak spots, the ship aspect of the game is swell.

However, maneuvers have taken a lot of iteration to get where they are now. I’m fairly happy with the current state of the game. Here’s a brief walk through the various iterations I’ve designed and tested:

Now, losing combination actions from earlier, like move, then rotate, then move, hurts a little. But, I increased the number of maneuver oriented Fleet Action cards. This, plus the fact that ships now move 1-2 spaces has really filled that hole while also making the game much simpler. 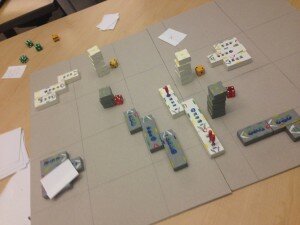 Old fighters in use on old board.

The game now moves very quickly. Both players have 6 tokens: 3 move, 3 rotate. Players place these, face down, on every squadron. Then, players alternate revealing one and executing it at a time. Then, combat! It moves very quickly and works really well. Very little noise on the table or complicated mechanics.

This aspect of the game has evolved so well so quickly. It’s definitely an area with which I have a great deal of experience: action cards. In the first iteration of the game, players had a handful of commanders. Every commander had a passive ability. Note: Passive abilities in games need to be used VERY carefully and sparingly.

The problem was, if you have 3-5 commanders, it’s almost impossible to track all of your abilities, those of your opponent, and everything else going on. I stripped the commanders of their abilities and instead, gave you Fleet Action cards. Like action cards in Conflict of Heroes, you get 1 per round to use to upset things and take special actions. I’ve designed them with a few things in mind:

The Fleet Action cards worked fantastically from the start. I’ve tweaked a few of them and made it so that you start with more of them. This speeds up the game and gives players more exciting options. Otherwise, this has been a great feature that is also very expandable.

Side note: As a a result of there being no commanders, partially from this fleet action change, and partially from the maneuver changes, I’ve eliminated a great deal of cards and markers from the component list. Price reductions, hurrah!

While shortening the ships this weekend, I noticed I now had a pile of small nub pieces recently removed from the capital ships. I hate wasting things and immediately wondered “what can I do with these?” My first thoughts were drones, salvage, and mines. But, the awesome Twitter community responded with a lot of ideas. Now? These blocks are everything. They are going to be the “extras” in scenarios. They are going to be the diplomatic shuttles, cargo containers, merchant ships, salvage, meteors, and everything I need to make the story and scenarios ridiculously great. These are going to help me diversify the “blow each other up” concept. 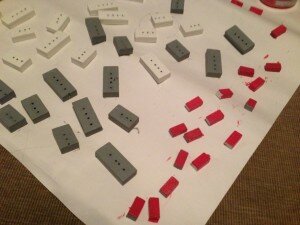 Speaking of stories, I wrote the first 3 missions for one of the game’s campaigns. I hope to have 2-3 campaigns when the game is finished, though I fully expect to write more, hire others to write more, and work with the community to write more. This last one is a long-shot, but who knows. When people get enthusiastic, they do great things.

If you want to read the IN PROGRESS stories, check them out here. This should give you a feel for the game’s universe and premise. I have so much work to do here it’s not even close to funny. But, it’s still my goal to create a great, simple, unique tactics game, in space, paired with a great story campaign.

I have a lot of fun ideas for the universe.

In addition to the little “extras” mentioned above, I plan on having star bases (think the pucks in Ascending Empires) for more epic missions. I’m also toying with the notion of oddly shaped ships. Why not triangles, or u-shapes? Perhaps I can save those for an alien mechanic?

Finally, I realized that a good way to not only share a PNP, but get people excited to make it, is using LEGOS. Why not? People who have a pile of the basic blocks could create functional ships for Blockade in minutes. Here’s a quick schematic I created using LEGOS’ free online design software. More to come! 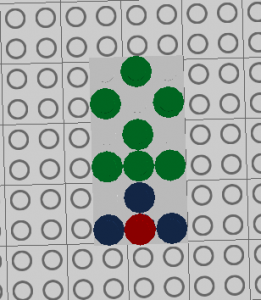 My testers, as always, have been awesome. However, I want to thank Jeremy Van Maanen for his excitement and interest in the project. He’s listened to every idea I’ve sent him (and it’s a lot) and provided feedback, helped me iterate, and sometimes said “sounds fun!” It seems like someone like this pops up for every game I make and I’m super thankful every time.

I just ordered a second set of blocks to send to Jeremy and friends in Madison, WI.