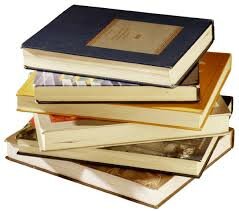 Reading is one of my favorite and most consistent sources of inspiration for my games. My favorite books fuel many of my mechanics and settings, but also, generally get me excited for a premise and theme.

This isn’t a review, but it is a pile of recommendations, so read into that however you want. The books listed aren’t in any order of preference, but mostly the way in which they entered my mind for this post.

Also, where you see The Inspiration, I note how I’m using the information in my designs. 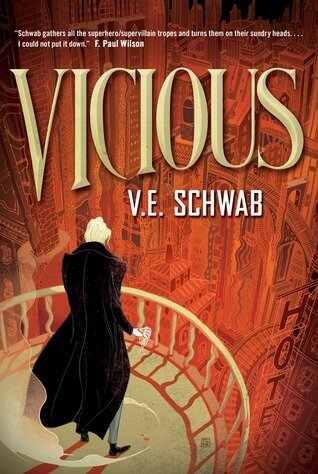 I don’t read comics really. I read Marvel as a youth and a few years back I enjoyed a brief kick of graphic novels with The Watchmen and some of the best Batman books, but otherwise, I get my comic fix at summer blockbusters.

VE Schwab’s Vicious is a fantastic comic book novel for those who dig comics and those who don’t. The book focuses on two characters, Eli and Victor. Both are brilliant medical students who discover that they can gain incredible, X-Men like powers from near death experiences. Things fall apart from there.

Vicious is dark, but not jammed with obnoxious baditude. The characters are a fascinating mix and everything is just so fun. I loved reading this book and had a difficult time putting it down at night. I very much hope there is more Vicious in the future and really, more Schwab. She’s really active and cool on Twitter, so give her a follow if interested.

The Inspiration: So many super hero games are about established characters from Marvel or a unique universe duking it out. They already have their powers, so really, it’s a game about combat. In reading this book I thought it would be cool to create a game purely around the origin story. Players are all ordinary citizens with ordinary lives and problems. Until something life-changing happens. No, it won’t be the plot of Schwab’s book — that’s creative theft. But, could a game about Origin Stories be compelling?

Leviathan Wakes and The Expanse Trilogy by James SA Corey 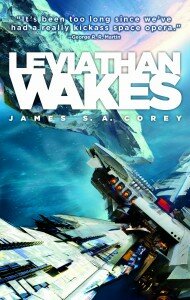 I loved this trilogy, perhaps more than I’ve loved any series ever. It is an amazing compilation of great characters, space combat, noir detective arcs, and interplanetary conspiracy and politics. The main cast of characters are a dash of the Millenium Falcon and Serenity and I just love ‘em.

The series begins with Leviathan Wakes, continues with Caliban’s War, and ends with Abaddon’s Gate. Oh wait, it doesn’t end! The series has been signed for books 4, 5, and 6 (thank you) and a TV series is rumored to be in the works. For me, this is basically someone telling me Christmas has been extended for 6 more months.

I think Caliban’s War is my favorite, primary due to two characters: the Martian Marine Bobbie Draper and foul-mouthed UN undersecretary Chrisjen Avasarala. Both are amazing, hilarious, strong-female characters.

The Inspiration: This series influenced Blockade and now Mars Rising more than any piece of fiction. My ship technology and combat techniques are a mixture of Scalzi’s Old Man’s War, Weber’s Harringtonverse, Williams’ Dread Empire’s Fall, and The Expanse. But, the political situation and notion of using the planets of our solar system are heavily derived from Leviathan Wakes. I’ll tell my own story, but their influence is clear.

The Human Division by John Scalzi 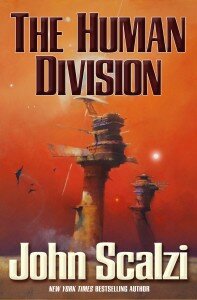 I’m a big fan of John Scalzi, both his works of fiction and his blog. The Human Division is a really interesting experiment, in that it was released episodically via Kindle (the link above is the entire work). For me, it was fun to read tiny snippets every week. The book is somewhat of a side story in the Old Man’s War universe that focuses on the diplomatic efforts of a team of humans trying to salvage the situation left from the events of the main Old Man’s War arc.

I love Scalzi’s characters, who are generally snarky. Humor is very difficult to write, especially humor that keeps the universe and ton generally serious and not just a farce.  I’m also a fan of how he focuses on characters and events, not just an elaborate description of technology. Scalzi will introduce technology to establish the rules of the universe, then get to the important stuff. I enjoy that and use it to consider how to phrase content in my designs.

The Inspiration: I’m trying to infuse my story segments in Mars Rising with some humor. Ultimately it needs to be serious, but I want a little humor to keep it from feeling overbearing. After all, it’s a game. 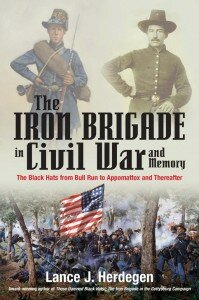 I sought this book out in order to find a definitive work on the subject matter. The Iron Brigade, primarily comprised of volunteers from Wisconsin, is one of the most famous Brigades from the American Civil War.

Their legacy still influences the US Army to this day.

I really enjoy this work, because it tells a story and doesn’t just list facts. The chapters are a mixture of letters home, first hand accounts, photographs, and historical information. It really adds a personal touch that tells you about the men who fought the battle, not just about the battle itself.

The Inspiration: I’m not ready to share too many details. I’ll just note that I want to create a historical game, specifically to aim at a few publishers. I have two completely different angles in mind and I’m researching both. The Iron Brigade is one of those angles.

Anything grab your attention? What have you read lately that thrilled or inspired you?

One thought on “Great Reads of Late”